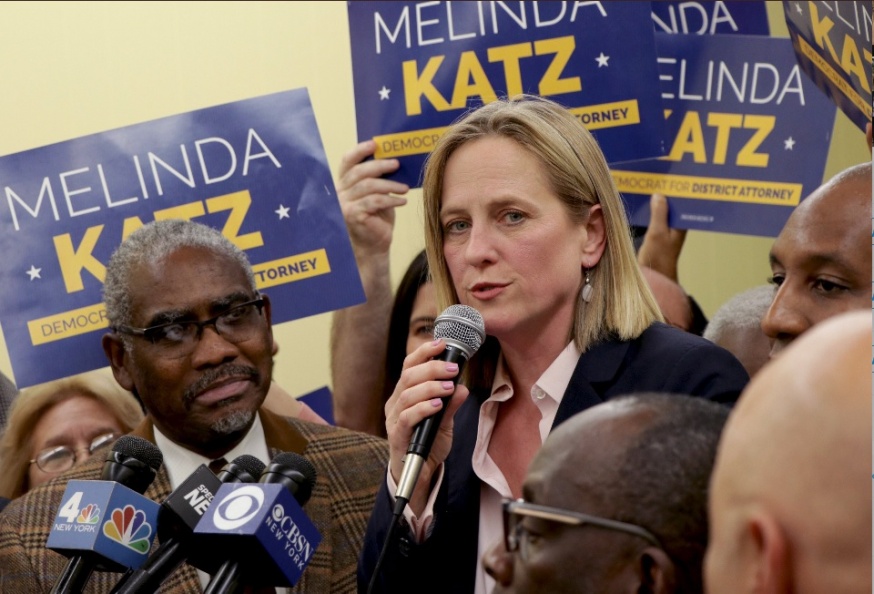 The DA-elect plans to introduce new plea deal policies for cases beginning Jan. 1, 2020, according to a release sent by her transition team on Tuesday.

Current procedure gives criminal defendants the right to have a grand jury hear their case within five days of their arrest.

But under current Queens DA policy, only those who choose to waive that right are given the option to enter plea deals with prosecutors.

“The DA’s staff will at all times be open to discussions aimed at resolving cases and will not withhold plea deals from persons who choose to exercise this right,” Katz said in a statement.

Katz’s team also said the existing policy of refusing to engage in plea deal discussions with defendants who’ve been indicted by a grand jury will also be scrapped.

Juries currently need “reasonable cause to believe” that a person has committed a crime in order to indict him or her. Katz said that standard for indictment is too low.

“Based on such low standard of evidence, the rigid refusal to consider options other than a ‘top count’ guilty plea or trial is inconsistent with DA Elect Katz’s commitment to an open minded approach to case resolution,” the statement said.

Katz was elected as the Queens District Attorney in November, after a hard-fought primary against Democratic Socialist Tiffany Caban.

Queens overwhelmingly voted for Katz. You get what you vote for, including a mega jail in a quiet community that didn’t need or request a mega jail to house all queens criminals. Guess what districts voted for her.

“jails bad” ok we get it

Does this have anything to do with, say, only those who choose to waive the right to a grand jury hearing their case are given the option to enter plea deals with prosecutors? Do you even know what those words mean?

Justice for the criminals. Screw the victims. Where is the Batman…

When is the last time she actually practiced law – in any manner? Queens is doomed with her in charge.

Just because Trump had 0 days experience, that’s a bad thing?!

Hey Melinda. You and your cohorts want to destroy what’s left of queens .

The article makes two factual assertionS:
– Current law requires a defendant be indicted within 5 days of their arrest. This is false, CPL 180.80 provides that a defendant held on bail must be indicted within that period. Given the new laws requiring release of most defendants at arraignment, this will apply to few cases. In murder and rape cases, few pleas can be arranged within 5 days – so either there will be an indictment or those charged will also be released.
You quote the DA elect as stating that the standard for indictment is too low. That threshold is set by law, and has been consistent for hundreds of years dating back to English common law.
These facts are fundamental, hopefully you are misquoting Ms. Katz.